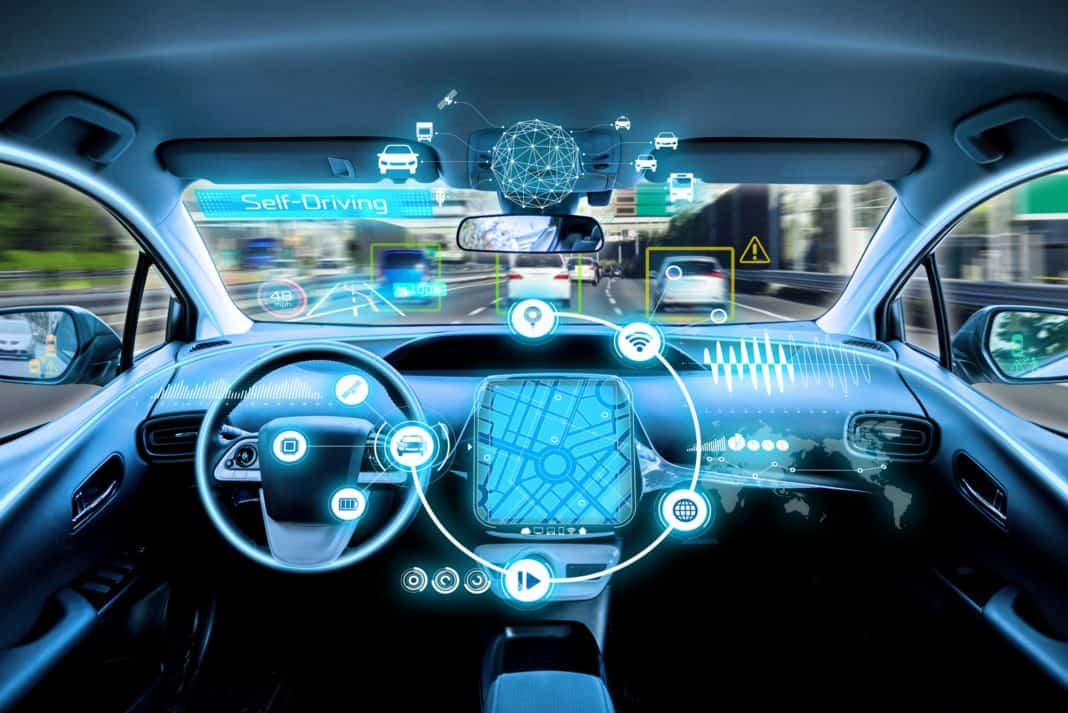 This year will see the first commercial self-driving taxi services – even if these services are extremely limited at first in terms of scope and location. Eventually, this will open up a new category of public transport, a business that is projected to be worth $285bn within ten years.

Alphabet/Google’s subsidiary Waymo has been testing the technology in Phoenix Arizona for some time (albeit with humans in the driving seat), but says it will roll out its Early Rider Programme in several US cities in 2019.

General Motors (GM) is planning a commercial service in San Francisco via its Cruise Automation subsidiary and plans to go into production with cars that have no pedals or steering wheels this year (left).

Self-driving cars won’t be a reality for most of us for several years, while consumer surveys continue to show deep distrust of cars with a mind of their own. But in the long term, these technologies are likely to have a considerable impact not just on transportation, but also on media. Audio currently has a stranglehold in cars, but with eyes no longer needing to be fixed on the road, screen-based activities like TV, films, emails, and social media are likely to gain ground.

Despite, or perhaps because of, tough times there is no shortage of start-ups looking to capitalise on new tech and audience trends. Here are five of the best:

Kinzen is a new subscription-based news app that is built on user curation and recommendation. Tapping into the idea that people want to spend time with more meaningful media, it aims to create daily routines that are time-limited, personalised, and mind-broadening. Given the number of free aggregators, Kinzen, which launches in early 2019, may have its work cut out persuading enough people to pay, but the founding team has a good track record. Áine Kerr, Mark Little, and Paul Watson first worked together at Storyful.

Curio is a paid for app that curates high-quality audio content from the Guardian, FT, The Economist, and the Washington Post amongst others. Selected stories are professionally read. There are no ads, but an annual subscription will set you back $59 a year.

Agate is a digital wallet that allows you to pay for premium articles as you go. Publishers like Popbitch (see figure above) and the New European can set their own pricing at a story level or for a period of time. Consumers can top up when they run out cash. These schemes aim to make it easier to consume premium content from multiple brands without hitting paywalls; the problem will be getting a critical mass of publishers to take part.

Vigilant won the 2018 Start-ups for News contest at the General Editors Network (GEN) conference. It brings together thousands of US public records databases in real time, making it easier for journalists to find stories. It is also starting to form the basis of new automated products like news alerts based on that data.

Spaceship Media focuses on creating a dialogue across political divides and generating original journalism from the process. Its latest high-profile project was running a Facebook group that brought together 400 women with very different political views ahead of the US mid-term elections. The model is to work with that community, and produce original stories that come out of the conversation for partner news organisations. These ideas are gaining traction around the world – see also My Country Talks, originally an initiative by Die Zeit to get communities to listen to those with opposing views, now expanding as an international platform for political dialogue.

This will be a critical year for both publishers and platforms in terms of rebuilding trust and credibility after years of self-inflicted wounds around quality, privacy, and user experience. A number of fundamentals are beginning to shift, and these will be much clearer by the end of 2019.

The labelling and prioritising of trusted content is well underway in third-party networks, supported by emerging standards around ethics and fact-checking that can help to distinguish reputable news from rumor and spin. At the same time platforms are reconfiguring their algorithms to be more respectful of signals of meaningful content. These changes will not solve the problems of misinformation overnight, but they provide a basis by which that might eventually happen.

The shift to reader payment as a core business model, clearly signalled in our digital leaders survey, should also deliver more distinctive content and discourage low-quality clickbait that has devalued journalism in the recent past. Even news publishers that continue to rely on advertising are refocusing on loyalty and on building relationships over time. It is encouraging to see a number of start-ups this year (Civil, Tortoise, De Correspondent, and Kinzen) focusing on building strong communities from the start – as well as emphasising values and principles that will underpin their journalism. Co-operation between publishers is also creating more impact and reducing costs, even if this requires a huge leap of faith for many journalists. Meanwhile, new opportunities are opening up for visual storytelling, while audio is showing signs of promise with a younger generation that is discovering quality speech content for the first time. But none of these developments are panaceas for a media industry that will remain in a fragile state through 2019 and beyond.

More news organisations will go to the wall as economic headwinds bite. Tech platforms will remain cautious and defensive in the light of regulatory threats. And the pace of technological change shows no sign of slowing down. Artificial Intelligence offers the possibility of more personal and relevant news services, new ways to uncover stories, as well as more efficient ways of packaging and distributing content. The blockchain will ultimately open up new forms of payment and verification, while voice assistants could become a major new gateway for accessing media of all types.

In this context, news organisations will need to be clearer than ever about what they stand for – and about the audience, they are serving. They’ll also need to find ways to combine their unique human resources with this new wave of technologies to maximise their potential to create more engaging and sustainable journalism going forward.

200 people completed a closed survey in December 2018. Participants were selected because they held senior positions (editorial, commercial, or product) in traditional or digital-born publishing companies and were responsible for aspects of digital strategy.

Typical job titles included Editor-in-Chief, CEO, Head of Digital, Head of Editorial Development, Chief Product Officer, Director of Multimedia. Half of participants were from organisations with a print background (55%), around a third (29%) represented commercial or public service broadcasters, more than one in ten came from digital-born media (12%) and a further 4% from B2B companies or news agencies. 29 countries were represented in the survey including the US, Canada, Australia, West Indies, Kenya, Mexico, India, Korea, Hong Kong, and Japan but the majority (80%) came from European countries such as the UK, Ireland, Germany, Austria, France, Spain, Portugal, Italy, Poland, Slovenia, Switzerland, Belgium, Netherlands, Croatia, Greece, Finland, Norway, Sweden, and Denmark.

Participants filled out an online survey with specific questions around strategic digital intent in 2018. Around 95% answered most questions, although response rates vary between different questions. Around 50% contributed comments and ideas in open questions and some of these are quoted with permission in this document.